This post is to simply introduce how to make a map in R environment, or more officially, geographic/spatial visualisation. However, I just found numerous methods to do this in R, depending on which data type you have. So this post will not introduce the basic of R and GIS. After all, I am also not an expert in this.

To make a map, at least two types of data are needed:

Sometimes these two are combined to a unified data (e.g., population data as an attribute in a shapefile). However, in most cases for those who are not studying geography (like me), we have to join the research data (in csv, netCDF) to GIS fields based on shared “key/id column”. The relevant GIS data probably can be found in third-party packages such as maps or mapdata, but for more demands like custom resolution, one have to download in other sources.

There are two methods to plot a csv data frame on a map:

Because the latter one is same to sections below, so I will introduce ggplot2, which is very (but not limitedly) proficient at analysing data frames. 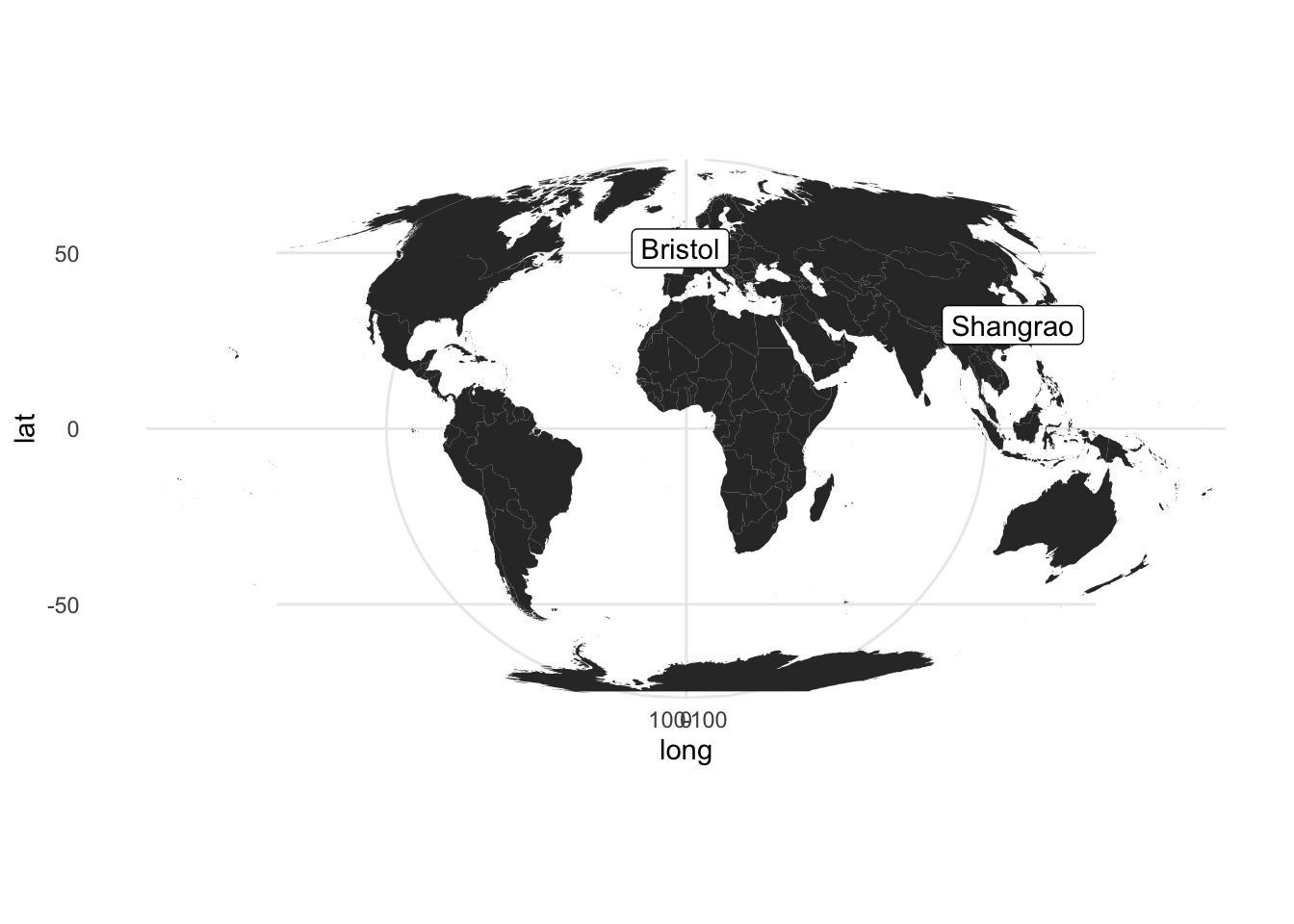 Actuallyggfortify provides the autoplot function, which is a quicker wrapper for ggplot2. So we can do the same by using less command. 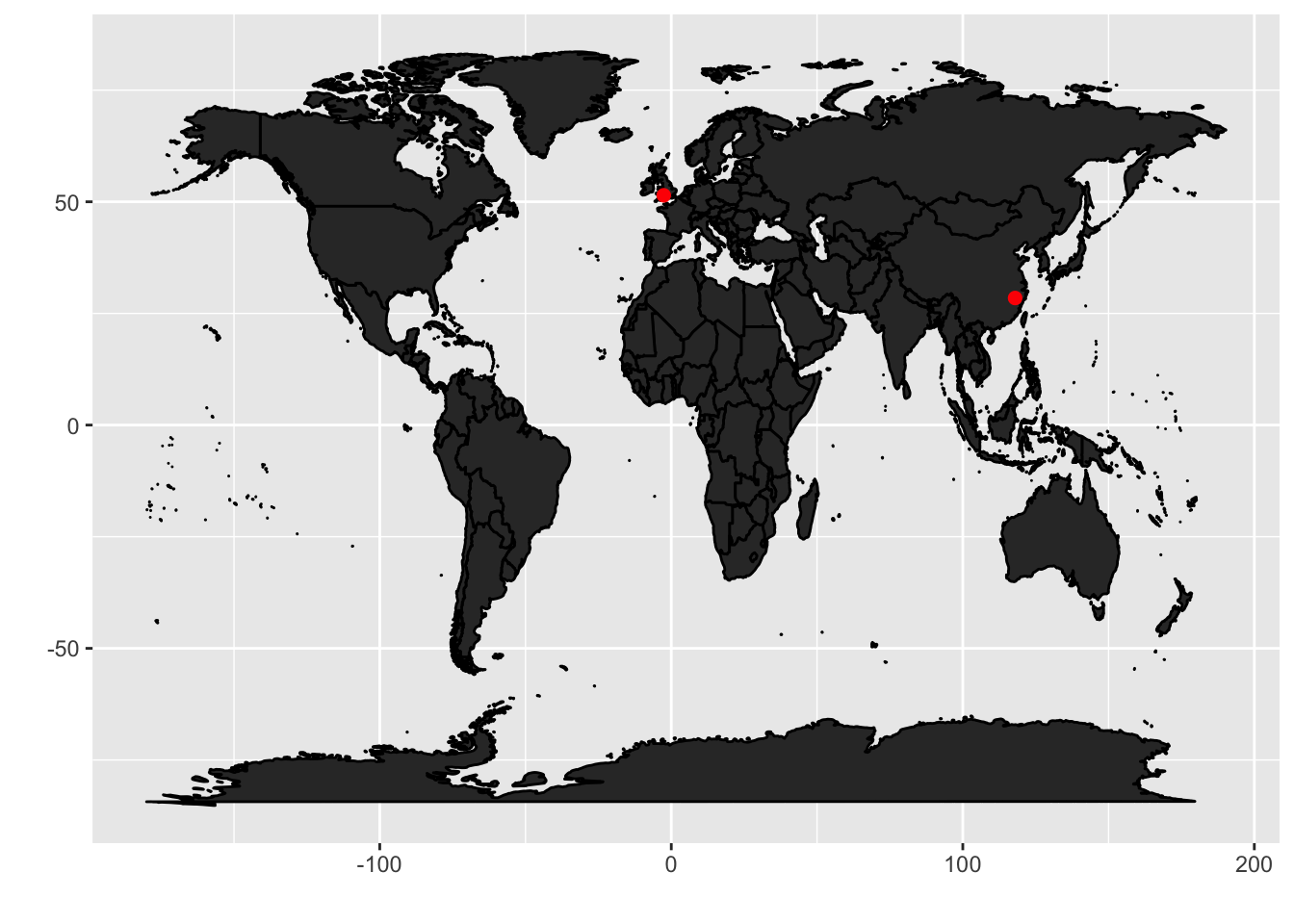 There is another geom type: geom_map in ggplot. The difference between geom_map and geom_polygon is that the latter just plot the polygon (or position) and does not care about the value, but the geom_map contains both position and value information. Therefore, there must be a id columns shared by both polygon and value data frames, but no need to add lat/long in aes(). 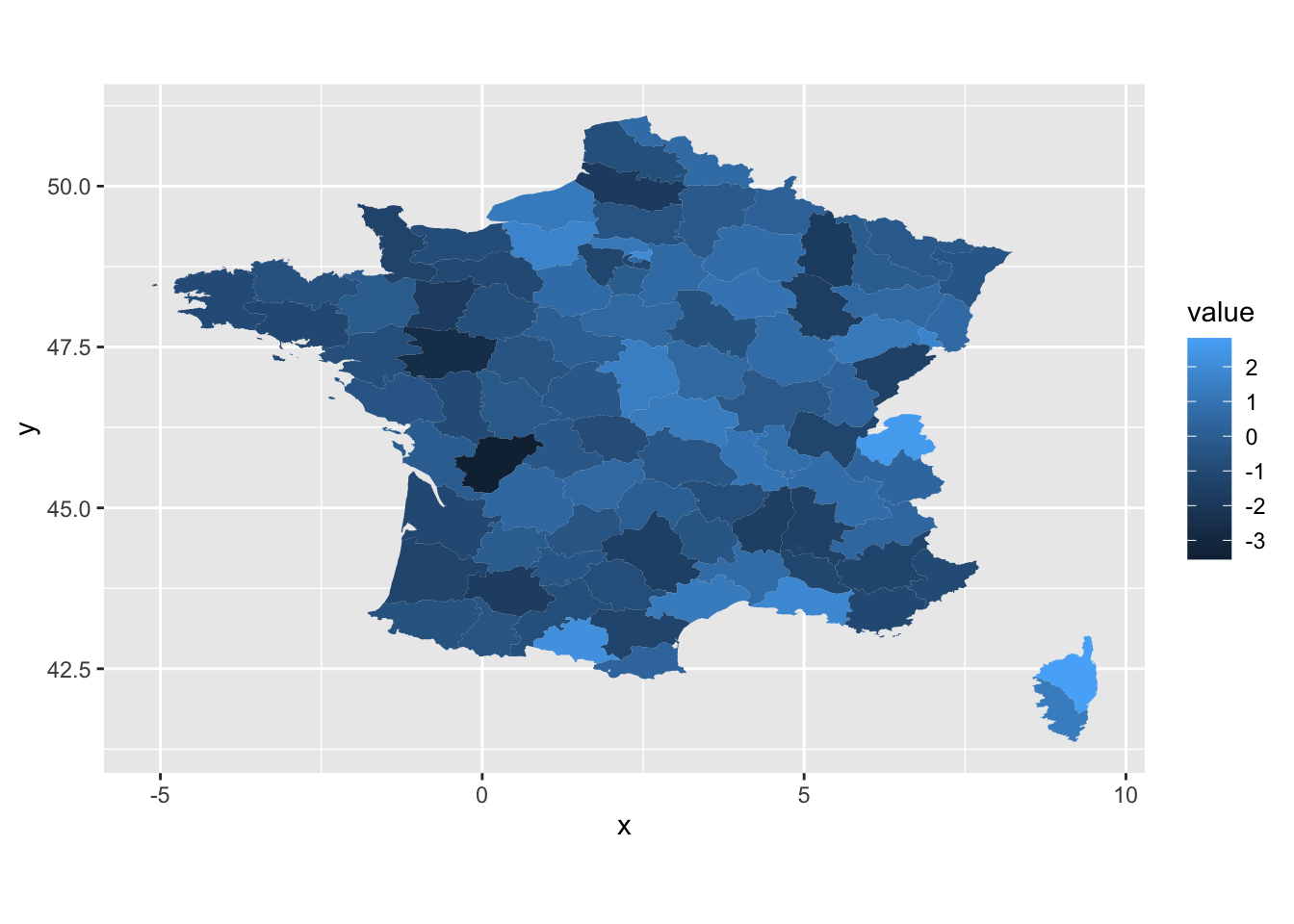 shp file can be read in R through sf or rgal, and then plot using ggplot . 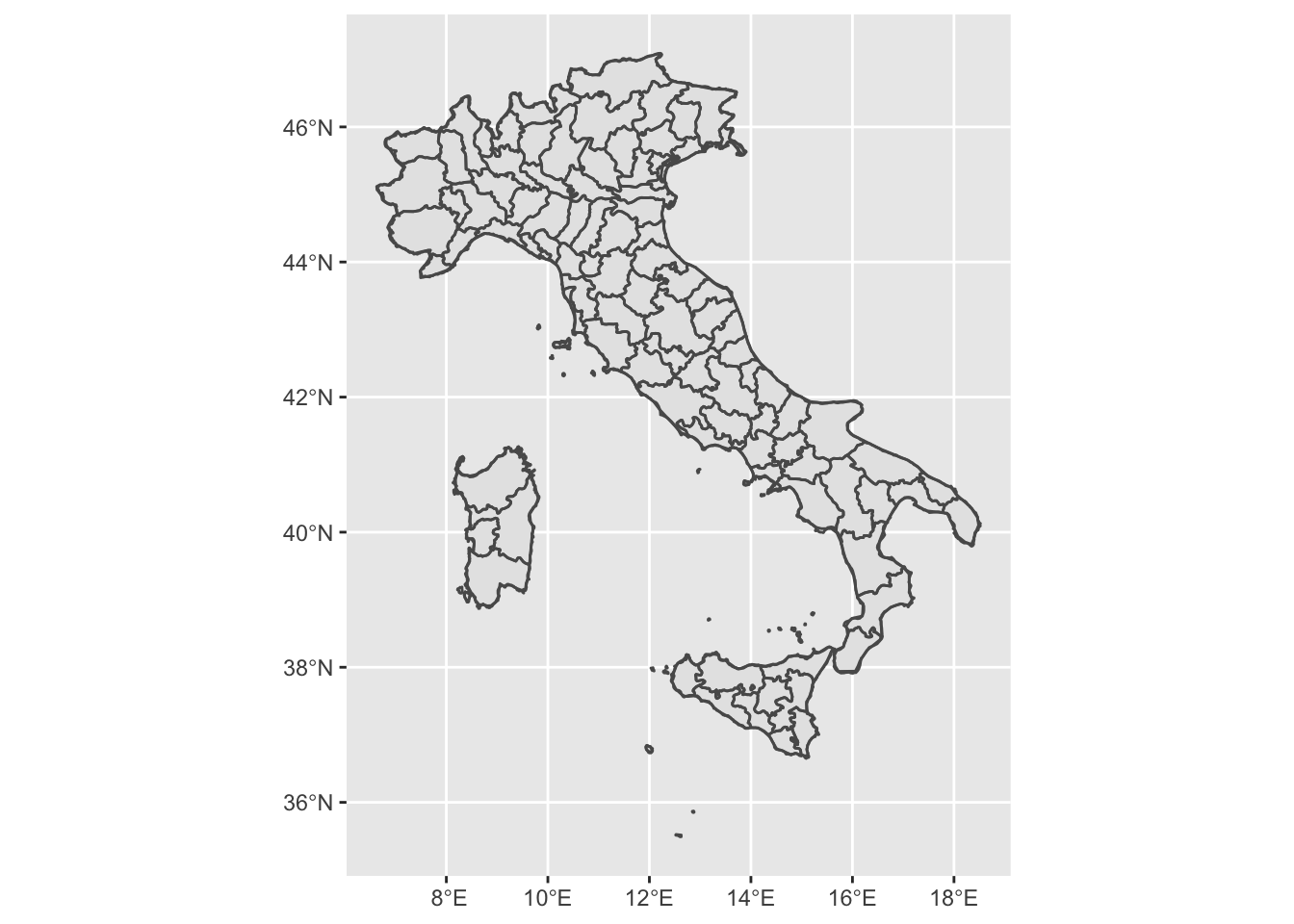 tmap has a similar layer-based syntax to plot map, but should be more professional and specilised than ggplot2. 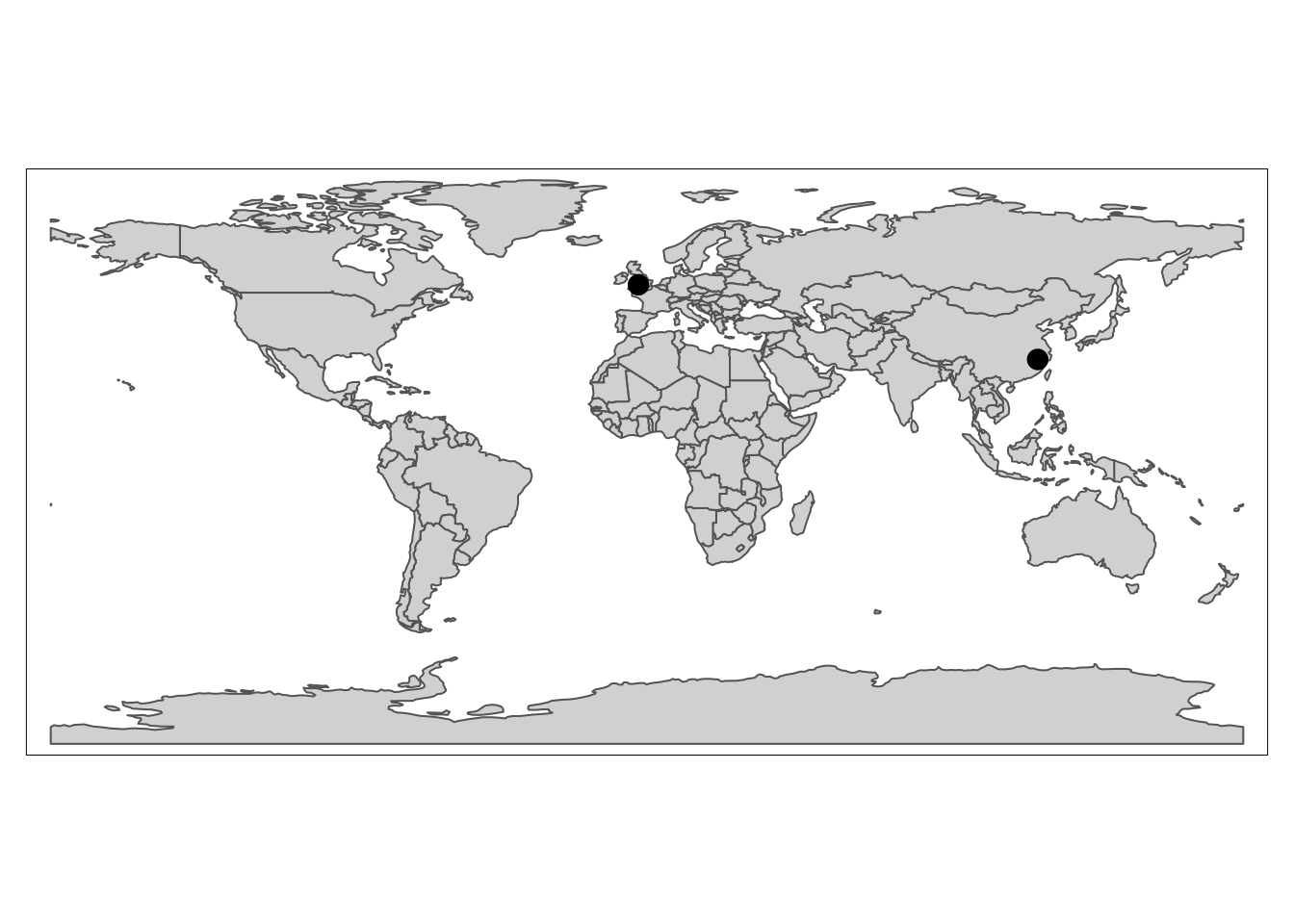 ggmap is another friendly package for people from other research background, it provides a function get_map() to download some map data from google, open street map and so on. 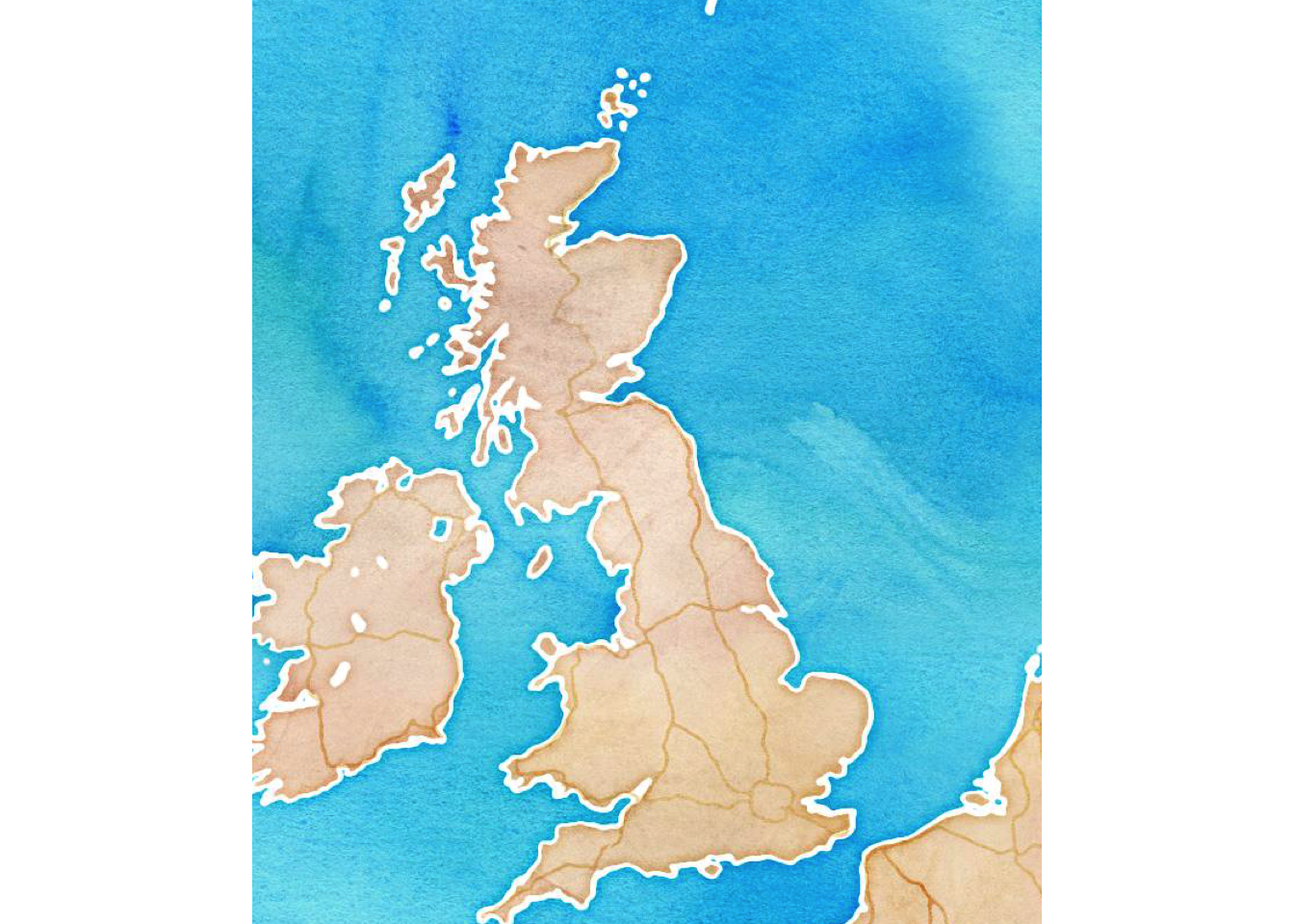 netCDF data can be transformed to raster format. 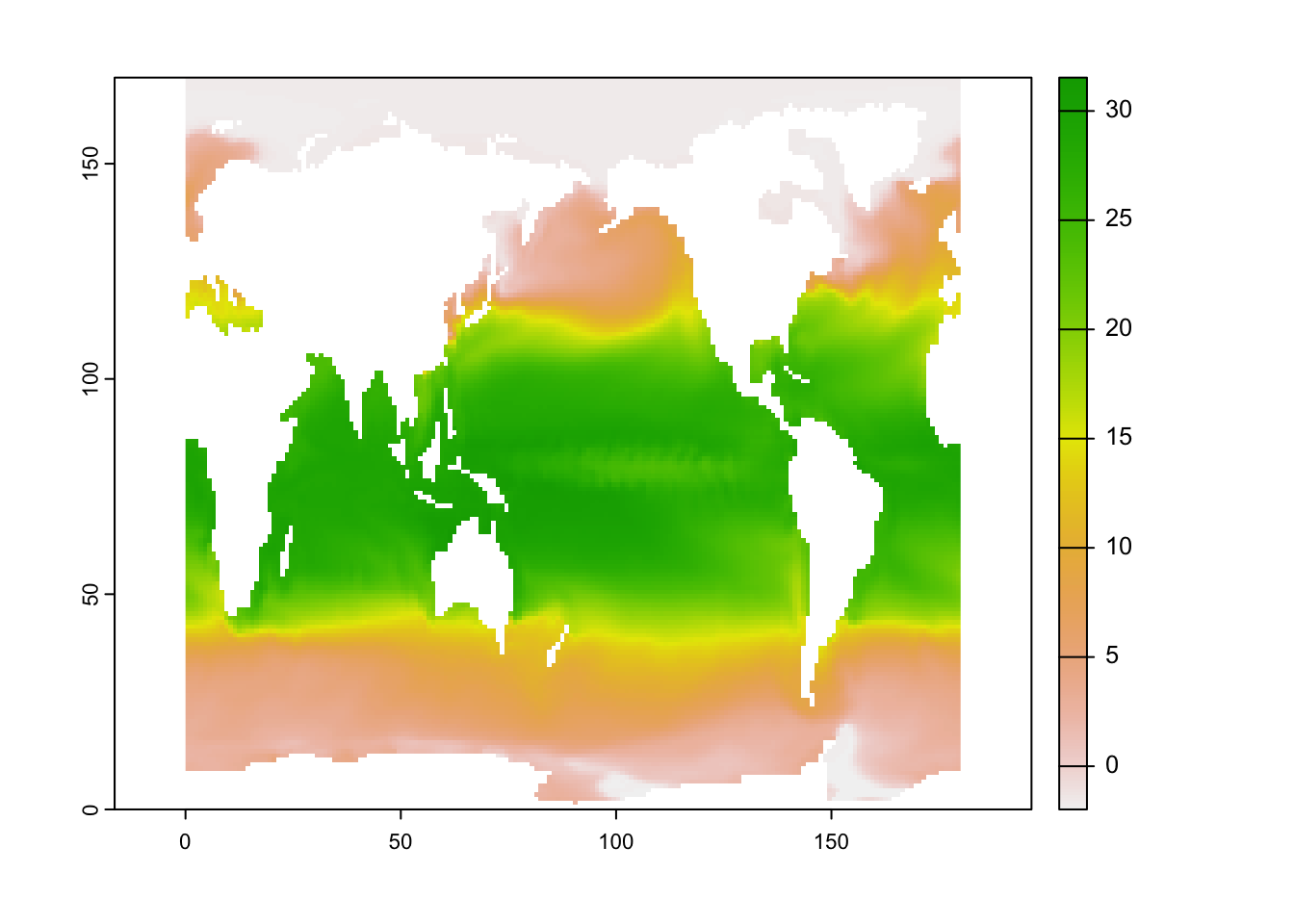 We can also use ggplot to do the plotting. But notice that the array from netCDF is not containing CRS data, that’s why we have x-y axis with 0-1 range. 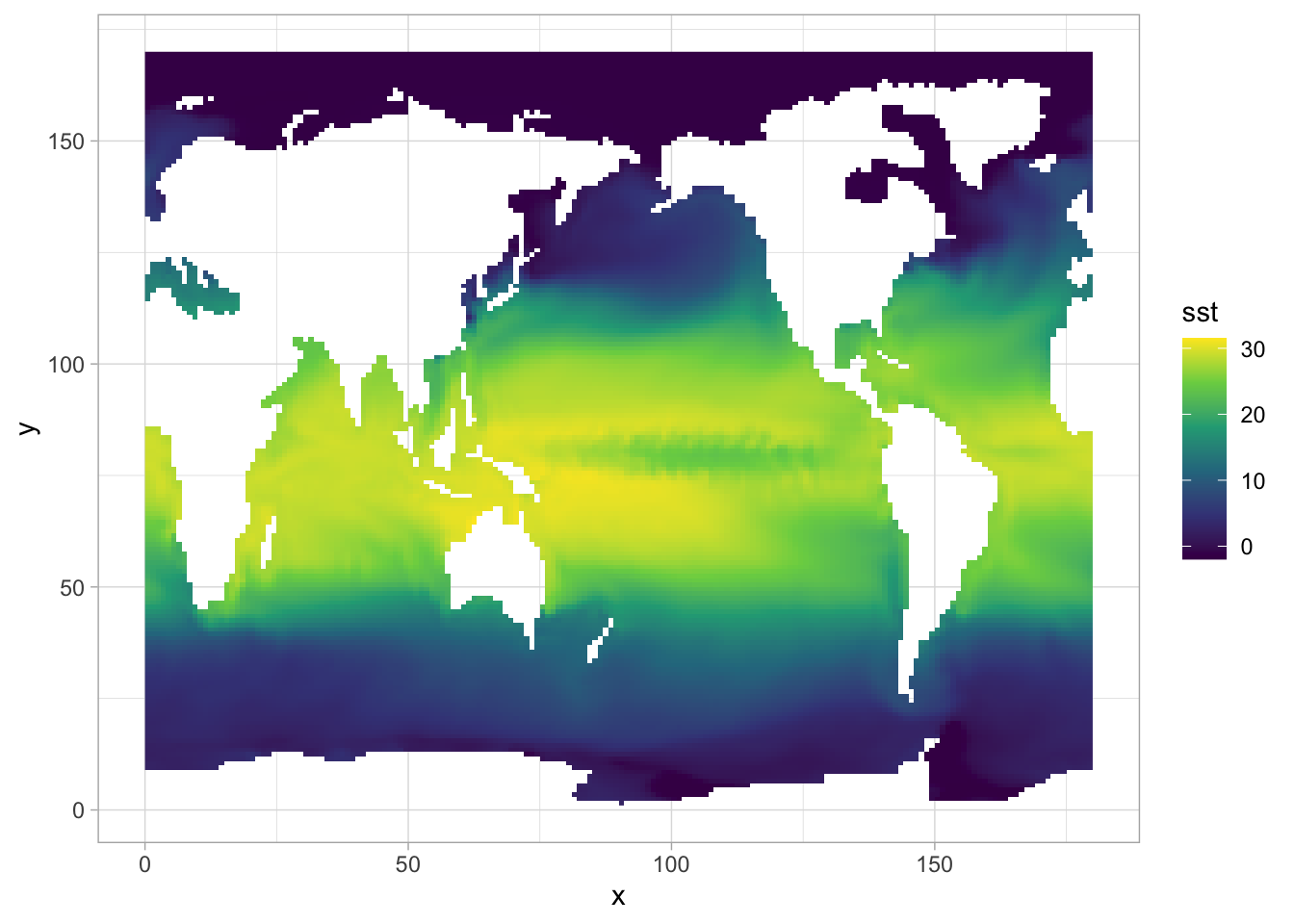 As for the difference between geom_tile, geom_raster, let’s see the offical answer:

geom_rect() and geom_tile() do the same thing, but are parameterised differently: geom_rect() uses the locations of the four corners (xmin, xmax, ymin and ymax), while geom_tile() uses the center of the tile and its size (x, y, width, height). geom_raster() is a high performance special case for when all the tiles are the same size.